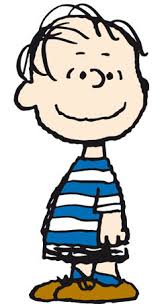 Well, well.......... somehow, all those things that your mother told you as you were growing up actually did sink in your head now and then.  I remember when she talked to me about the etiquette rule of never, ever talking about religion or politics with general company.  It did not matter if it was at a business meeting, school, the dinner table or the beauty/barbershop.  It was a complete no-no. Even within a single family household, there were times that you just let things go and you agreed to disagree.

Little did I know that way back in the 1800's this etiquette rule came to be and then in 1961 in the Peanuts comic strip, Linus made the astute statement that went something like this:  "There are three things that I have learned never to discuss with people; religion, politics and the Great Pumpkin."

These things are talked about not only out in public, but where I find it more disturbing is on social medias such as Facebook.  Just some downright ugliness and bitterness going on that does not need to be aired in a public place with friends.  Some friends have stated that they have had friends 'defriend' them because of what they stated about a political candidate or a religion or culture.  Wouldn't the newspaper editorial page be a better sounding board for such banter?

For me, there is a time and a place.  And, I must say that I am thankful that there are others who feel the same way.  If someone feels so strongly about something, then all the talking in the world is not going to change that person.  And do you really want to?  Everyone has the right to believe in what they believe in.  (Let's throw out terrorists and other such people and such events).  Let's just stick to political candidates, which is so prevalent right now due to the election which seems like it has been going on for an eternity and still is months and months away.