BEWARE of the Word 'Instant' in Instant Pot 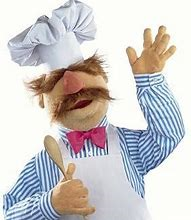 Normally, I am a very happy and carefree chef. Willing to try new recipes and new methods of cooking...this is why I finally caved in and asked for an Instant Pot. I figured it was better to be late than never. All I ever heard was how wonderful they are. They seemed to have an almost cult like following. Then, more and more low carb recipes were coming out with using the Instant Pot appliance. I got hooked and pulled in.

The Instant Pot went on my Wish List. You know the old saying, "Be careful what you wish for?" Well, after opening up the box and looking at the very non-user friendly Instructional Manual, I was most definitely feeling this way. What have I done? By what I was reading, I was becoming more afraid of using it. So much information and being a newbie, so much of it did not make sense.

Before actually cooking something, the manual suggesed trying something out with just water and letting it vent. Even these instructions did not mention that the user can't switch the button from sealed to vent. It just automatically is there. The user can easily break the button that clicks to vent but remains without clicking on sealed. You just learn this by doing and experimenting.

The more I read about cooking with this pot, some things became very apparent. Even though people will tell you, and not just the advertising and marketing people for the product, that this magic pot can cook meals in minutes! I am here to tell you that this is far from the truth.

It is just my husband and I, not a family of 4 or 5, however, we would like to get used to moving our dinner time up so that we are not so late in finally eating. That was the thought that kept going through my mind. The word "instant" is so misleading. There is some validity to the fact that the Instant Pot is basically a slow cooker on steroids. The Instant Pot does have a "Slow Cooker" button to push. In fact, it has so many buttons to push that it made my head spin.

The one button that mine does not have is one labeled, "Manual." It does have, "Rice, Saute, Delay Start, Soups/Broths, Meat/Stew, Bean/Chili, Poultry, Multigrain, Porridge, Steam, Yogurt, Pressure Cook, Keep Warm, and Cancel."  All of this along with a button with a "- and a +." I also see the words low pressure and high pressure plus less, normal and more but they do not have buttons. Then there is the LED lights with the number of minutes or Off, On or Warm that pop up when plugged in.

Even though I read that I can make a meal with minimal babysitting of the pot by using it and just walking away, this is not quite true. For me, it is going to take a lot of practicing before I can do this. My bubble has already been burst in that there will be no dinners made in minutes. The truth that is left out is that it takes at least 10 - 20 minutes for the Pot to heat up and come to pressure depending on how much food is in it. Then the food has to cook and releasing the pressure from the pot which is another 15 - 20 minutes. Most all of the recipes that I have found do not include the pre and post times in the instructions.  So that means at least doubling the cooking time.

A good thing is that if you forgot to take something out of the freezer, you can put the whole frozen roast or chicken right in the pot. No more quick defrost in your microwave is necessary. It does mean being careful because the meats can look done but the inside is not cooked to the proper temperature. Thermometers are needed to be safe. The other problem is there can be venting issues and sealing issues, so much so that depending on what you are making, liquids can come spewing up out of the steam vent forcefully enough to hit the ceiling. Therefore, I continue to read the instruction manual over and over again and again.

One review that I read after trying my hand at using the Pot had all positives and only one negative which was that it took a long time to release pressure naturally. This same reviewer said that the experts that they asked all agreed that it was easy to use and the settings were simply intuitive along with how clear the owner's manual was. Okay then, there you have it. At least I know that I am the slow kid in the class.

With that being said, the last google search that I found had the most common mistakes of using an Instant Pot:

Even I could work my way through not making these mistakes. However the ones that scared me were:


Last night we made our first meal together using this contraption. It was Salsa Chicken. I must say that the outcome was delicious. The procedure of getting the end results were so very frustrating. Someone told me that it is worth every penny and that it is a labor of love to learn but once it is learned, it is a very wonderful appliance. This has yet to be proven by me. Perhaps we will try one recipe a week and take it from there. I did find a tried and true recipe for hard boiled eggs. Cooks them set on 2 minutes and a natural pressure release of 10 minutes and then put in ice cold water. Supposedly, the magic happens when you start the peeling process. Never a problem to peel your hard boiled eggs again. 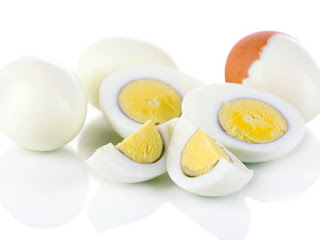 Maybe this is just me venting, but WOW, do I feel better!