During the Covid-19 pandemic and actually still taking place, you may have considered the title of "ZOOMIES" was referring to all of the Zoom meetings that we as human beings are taking from home for work and even other virtual events.
The Zoomies that I am referring to are related to our furry pets. Most always, from the time I was a child and all through most of my adulthood, I have had dogs around. Never, until we brought home our first Goldendoodle have I ever witnessed Zoomies.
My assumption was that it is something that doodles participate in. The Fox Terrier, German Shepherd, Cockapoo, Collie and Rottweiler never exhibited this kind of behavior nicknamed Zoomies. The authentic name is Frenetic Random Activity Periods (FRAPS) which refer to unmistakable explosions of energy that dogs have on occasion. It features frantic, repetitive behavior such as running in circles and/or spinning around.
Why do dogs get the Zoomies? A frequent cause is an excess of builtup energy that dogs hold on to, which is then released in one big burst. Sometimes only during certain times of the day such as if they have been crated for a while, or after a bath, a stressful visit to the vet or sometimes, like ours, it is 'just because.' 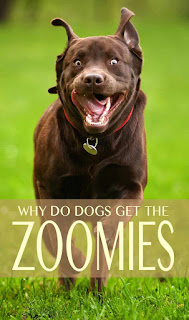 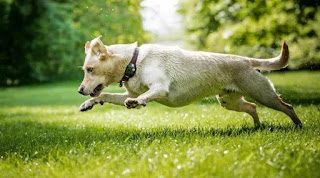 Zoomies can happen in any breed and any age, although it is more common in younger dogs. Our younger doodle, Maggie Mae is shown below zooming around and around without a care. 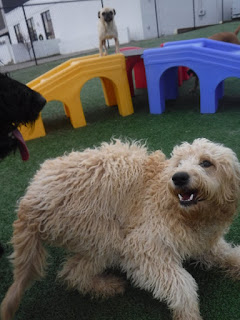 While our older doodle by 2 years, Davis, still gets them but not as often. And when the two of them are together and Maggie Mae starts up in a Zoomie, he just backs off and stares at her as if to say to her, "What the heck are you doing, lil' Sis?" 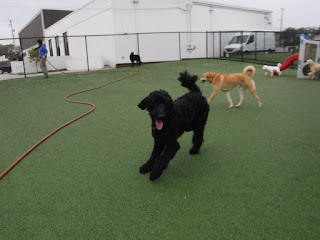 Zoomies can start off with your dog going down on his front haunches, staring at you and then the frantic behavior begins. It is a natural dog behavior that is most often no cause for any alarm and providing they are in a safe environment. They truly seem out of control and you would not want them to get injured if they do not have enough room or are near a street. 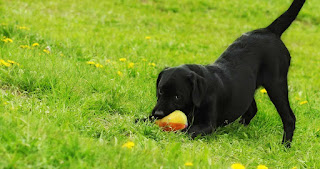 If you feel that your dog is going in to the Zoomie mode too often, it may be the sign of a behavior problem and you should discuss it with your vet. Take note of when and where your dog exhibits this behavior so that the vet will have an idea of how to help.

Not all dogs participate in Zoomies but those that do seem so happy, and definitely are having a marvelous time. Allow your dog to get it out of his system. It never lasts for long periods of time, usually 3 - 10
minutes of blissful craziness.
Sometimes, there is a glint in your dog's eyes that will give you the hint that the Zoombies are about to begin. The first time I witnessed it, it rather scared me. Davis had this wild look in his eyes, and he came running at break-neck speed toward me just to stop short and run back the other way. 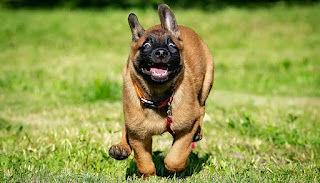 There are veterinarian behavior specialist if you feel that your dog has a Zoomie problem. Dealing with a dog who seems to have a permanent case of the Zoomies could be an case of ADHD and that is when you may need a specialist to help teach you about high-energy, hyperactive dogs.
It is never a good idea to chase your dog when he is in full Zoomie mode. Just be sure he is safe and if not call his name and walk in the opposite direction. Hopefully, he will get back into training mode of hearing you say the word, "Come."
Watching dogs with the Zoomies is fun because they seem so happy and carefree--exactly the opposite of how most people feel while on a Zoom meeting. These meetings can be long and boring and you are there with a camera focused on you so you are being seen by all who are in attendance. Makes you want to go outside and participate with your dog in a Zoomie. 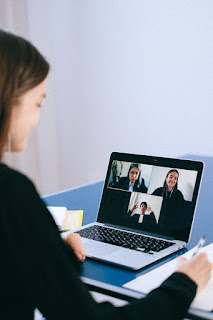