And the World Goes On 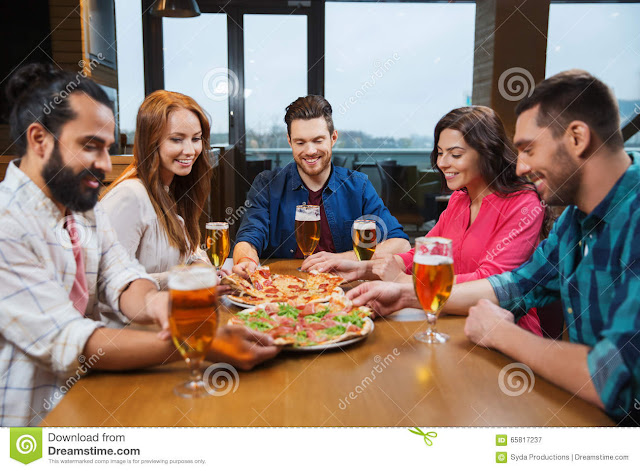 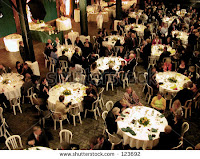 Once upon a time I worked in a school setting. As a child, I went to school and really did not know anything else would possibly be going on other than my world that I was a part of. Staying with that naivete, I decided to go into the field of education.

Really, it wasn't until I met a very special person who invited me out for lunch on days that I had off and he had to work. The colossal difference was that he was actually allowed to leave the premises, not sign in nor out to go to lunch and could take more than 30 minutes. In fact, he could take time for lunch and then sometimes, we would run into a local store to pick up an item that we needed. Imagine?! Complete an errand in the middle of the day? This blew my mind. It was not the way that my life worked.

Now, I do not want it to sound as if 'they' NEVER let us leave our place of employment. There were in-service days that we were allowed to go out to lunch because there were no students in the building. We were given an hour. Logistics of letting anywhere from 100 - 500 employees out for lunch, giving them one hour to eat and limited restaurants nearby, what are the chances of being back in your seat within the one hour time limit. Sometimes, there was a verbal backlash for slipping in late, or at the very least a raised eyebrow and a disapproving glare.

Interesting, in that I finally learned to try to go to the restaurants that the leaders of the workshops went to so that we would get back at the same time. Just a little trick that usually worked, as long as they went out to eat. Sometimes, they were so dedicated that they packed their lunch and went over their afternoon notes before we returned. (This was not very often, as I believe that they enjoyed getting out almost as much as we did.)

When the department that was putting on the workshop had the money in their budget, they would have lunch catered so that they avoided the groups coming back in late. I also have to laugh at the 'goody-two-shoes' out there that went to a drive-thru restaurant and brought back their lunch to the workshop to eat. What fun is that? Definitely, I did not fall in that category. Give me the opportunity to escape into the free world for an hour? I am out of there before you can say Jack Robinson.

Since retirement, my husband and I are discovering that we can go out to eat a lunch together and enjoy a (gasp) beer or wine if we desire. Just the other day we were at a Scottish pub. We ordered Fish and Chips and had a pint of Scottish ale (in the middle of the day)! Freedom! Speaking of freedom, I then must share with you that we checked out what matinees we could go see, right then, in the middle of the afternoon. We discovered there were others in the theater and they were not all retirees. I did not interview them to see what kind of work they did. Perhaps they worked nights, or weekends so their days off were during the week.Surely they worked or else won the jackpot because now-a-days going to the movies is not cheap, even a matinee.

My point being is that there is a world out there that keeps going. People are in stores. We have discovered that the stores are so less crowded during the week. We never, ever have to shop on the weekends when there are massive crowds out there. No longer must we wait in long lines.

Doctor appointments are so easy to make when they don't have to be the first of the day or at the end of the day. We are free to hit the middle of the day. WOW! Same thing with our hairdresser. There is a whole new world out there and we have the power to schedule events in to our plans, not based on any other person's time frame.

For children, they are best kept in the school building getting an education so that they can choose what career they want to work on in their future. All I want to add is that if you do believe your calling is in the field of education, be prepared to give up your freedom of leaving the building during working hours. I suppose there are other jobs that have this mandate, just be aware and prepared.

There is no such thing as vacation days for a teacher. Everyone knows that they get three months off each June, July and August. The general public does not realize that during June and July there are workshops to attend. School begins for teachers the first week of August where I live, with students arriving the second week. Do the math. Three months? I think not. If a teacher wants to go off-season to the beach or for an overseas trip to see family, then they must use up personal days (2 a year) or lie and use sick days.

In all fairness, teaching can be so very rewarding, as long as you go into it with full awareness of what you will be facing. I would never discourage anyone from going in the field of education. What I would suggest is to weigh the pros and cons by interviewing others who are in the field (hopefully those who seem to be successful and enjoy their jobs) so that you can determine if it is for you. It just may be the "World For You."