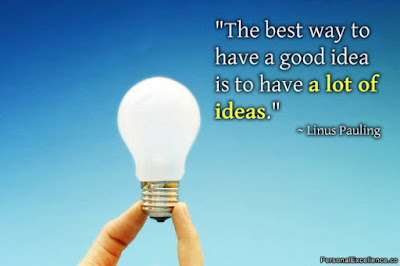 Just as Linus Pauling said so well, "The best way to have a good idea is to have a lot of ideas." For me, this was easier said than done. I would get ideas at all of the most inconvenient times; such as while in the shower, or waking from a dream, having lunch and chatting with friends, or driving in my car. These ideas would flash through my brain with no particular warning.

My thought process then turned to solving this problem of losing so many good ideas. (at least in my head they were good ideas at the time) The ways that I came up with seem to help me so I thought that I would share them in case anyone else has these issues.

First of all, I keep a small notebook and pen by my bedside to jot down things that magically come into my brain for a book idea, or a name of a character...just anything at all. This is the same for in my handbag for when I am out and about. (I can be alone or with friends. If it is not convenient to pull it out to jot something down, I can excuse myself to go to the Powder Room to take care of jotting the idea down on paper. 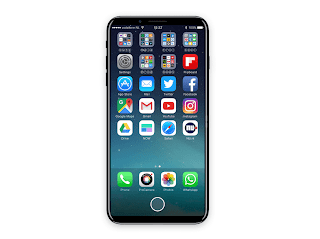 In the car when I am the driver, it is not exactly a great idea to be writing and driving at the same time. Sort of like texting, in my opinion. However, there are apps for iPhones that will record your brief message. Siri will even take a note for you and store it in Notes on your phone. Just as Siri will send a text message to someone for you. I just can't read their text back safely or within the guidelines of the law.

If by some reason I am caught without paper, or in the shower, try moving my ring to another finger and twisting it around (or a watch/bracelet?) telling myself the idea outloud, if possible. If not, then at least inside my head. You may be surprised how well this visual helps. It helps me, then again, I am a visual learner and it sticks in my brain.

Once I get the idea(s) on paper or recorded on iPhone I need to get them in one location, which for me is my Idea book. It is full of scribble scrabble, until I take the ideas and organize them. Let me share two famous people who did this very same thing. 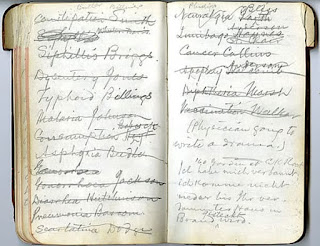 This happens to be be a notebook from Mark Twain. One where he wrote just jotted notes of ideas to follow up on and organize later. It appears that he crossed them off, as he got to them. The point being is that he had them all in one location. 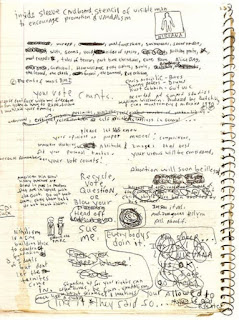 Above is a notebook found from Kurt Cobain's belongings. A sad life, yet such a marvelous writer and he used the notebook to jot his ideas down as they popped in his head, too. They look like doodling to us, however, to them, it was their line to reconnect their ideas to a more organized chaos, at least that is what I call my next move. Sometimes, I even find as I get them all down in one place that many of the ideas connect and are related.

Categorizing always helped me. Some ideas went into more than one category. It was okay. The other notion that was difficult to let go of is to get rid of what won't work. Be brutal, if necessary. Not all of my ideas are great. It means letting go of my emotional attachment to my own ideas. Once I was able to do this, I could see that it made my writing so much easier...more of a reality.

Following common themes helped me get through the tough parts. Sharing with those that I trust is also helpful. Go with your ideas, organize them and pull them together to make your dream turn into your reality.

Sue Grafton said it very well:  " Ideas are easy. It's the execution of ideas that really separates the sheep from the goats." Baaaaaaaaaaaaaaa