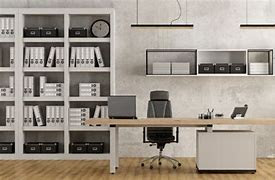 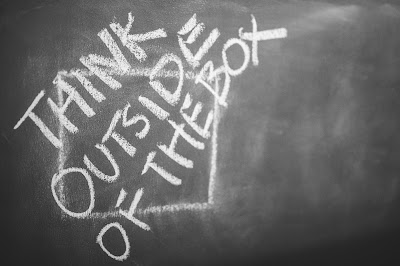 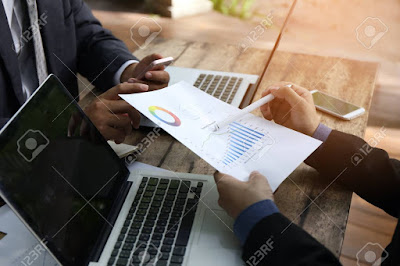 As it turns out there is really not a right or a wrong way and I try not to be too judgmental if someone has the opposite style from me. What studies have shown over the years is that whichever way we prefer our desks to be, it probably influences how we think.

Psychological Science published an article that stated for the most part those who preferred tidy desks, were ones who generally liked their whole life in a neat little box. Not necessarily OCD, which can cover a wide variety of issues, but promoting socially acceptable behaviors such as generosity, sticking to the tried and true, along with a sense of healthy eating. Definitely, one would hope that a banker would have the neater desk with all of the important documents they must deal with.

Whereas the messy desk syndrome tended to show that these people were more open to new ideas and out-of-the-box thinking. This is definitely for those creative marketing people. Have you known people like this, yet it is remarkable that when they need a specific paper or book, they can put their hands on it right away. Different kinds of work environments generally prove this same theory. A group of researchers from the University of Minnesota examined people, regardless of personalities, to find out if an orderly environment encouraged people to act in a more socially acceptable conventional way vs a disorderly environment encouraging people to seek novelty and display unconventional ways.

Groups of people were taken to a tidy room to fill out random questionnaires, while another group were taken to a messy room. On their way out they were presented the opportunity to donate to a charity along with taking a snack of an apple or chocolate. Eighty-two percent of those in the tidy room donated some money, while forty-seven percent of those did in the messy room. The same happened with the food choice. More in the tidy room chose the apple while the messy room participants chose the chocolate. Interesting results.

One more experiment tested creativity. Each group were asked to think of ten new uses for ping pong balls. Both groups did so. They submitted their concepts  to impartial judges who rated the ideas. The outcome was that the people in the messy room had more interesting and creative thinking about ping pong balls than the other group.

Applying some of this research to the workplace can be tricky. Usually "the disorderly environments seem to inspire breaking free of tradition, which can produce fresh insights, while the ordered environments seem to encourage convention and playing it safe." This is a quote from Kathleen Vohs, who led the University of Minnesota research team.

"Employers need to tailor the environment for the behaviors they want," suggested Joseph Redden, a co-author of this study.

Many times people are judged on their workspace, and sometimes unfairly. If your workspace is neat then sometimes that person is looked at as being less productive than a messy desk. The messy desk seems to demonstrate so much work is getting done. In reality we all should be judged on our actual productivity and work quality, not the state of our desks. We are human beings who tend to draw conclusions from what we see. Sometimes it backfires. A messy desk could make people think that the work must be a mess too. Just as a neat desk could make one think nothing is going on, when in truth, all of the work is organized and filed neatly away.

The one take away that I have from reading about tidy vs messy is that there is no one right answer. It is just not that cut and dry. There are a lot of people working from home now during the coronavirus. Sometimes this means having Zoom meetings and quite frankly, I don't want to look at someone's messy pile of papers. Offices, when they can, will provide a larger meeting room where no one is crammed into a cubicle full of a co-workers mess. This is not always possible with webinars.

What matters most of all about your workspace is your own productivity. If clutter around you slows your productivity, it is time to start tidying up. If you want your mind to feel uncluttered then it may be wise to get some control over your clutter, at least weekly. There are pros and cons of each style. In my humble opinion I think perhaps that a little of each style works best. Take a look at your own desk and ask where you fall on the spectrum. It could help change some of how you think and therefore improve your productivity.

I like to think that I fall somewhere in the "gray" area. I like organization and things tidy, however, while working on project, I don't mind a little clutter on my desk every once in a while. 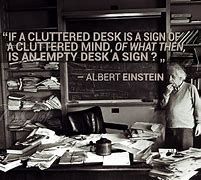 As you can see, TIDY or MESSY is not so simple. 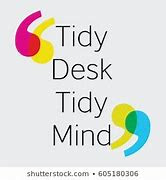