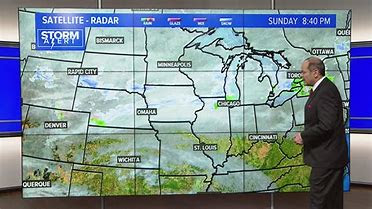 When it comes to hearing the "S" word (snow) it really does not seem to matter where you live. Drama happens. And for many different reasons. Where I live now, snow is not a normal winter happening. Ice? Maybe a little more often, which is really more dangerous in my opinion. But even when I lived in the cold and wintry North, there was still drama when snow came in the forecast.
In Memphis, the temperature leading up to the snow usually makes it close to impossible for snow to stick. But people still head to the grocery for the food they believe they will need since they will be snowed in. (NOT) We went out for our usual weekly shop three days before the snow was to come and the parking lot was absolutely crazy. 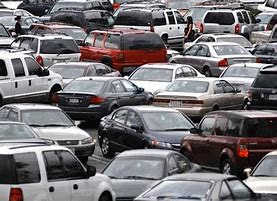 People were filling their carts with whatever they thought they would need, that is if the store that they visited had what they needed. With the Covid virus going on, supply and demand is hitting hard. Depending on where you live. 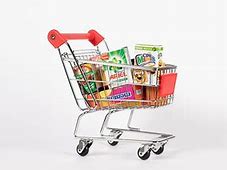 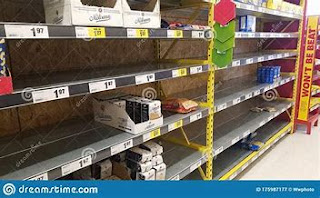 I have seen the very same thing happen when I lived in Pennsylvania. There was no Covid then that caused a supply issue, just people rushing out to get what they thought they would need if the snow hit. Let's be honest...it was more likely to hit up North than down here in Memphis with the bluffs of the Mississippi protecting us from most storms that come through. The storms go north of us. Even though when in the North, they are normally not stranded in their homes for more than a day and the state has the equipment to clear the snow. Homeowners have snow blowers and shovels to clear their driveways and sidewalks.

Let's not forget that everyone needs to be sure their cars have a full tank of gas. Why? Where are they going? I can see a 5 gallon container of gas for a gas powered snow blower. But really? Think of the difference of a couple of inches and a real blizzard. 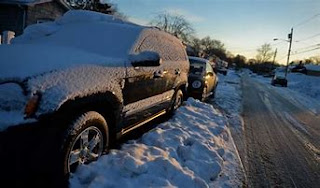 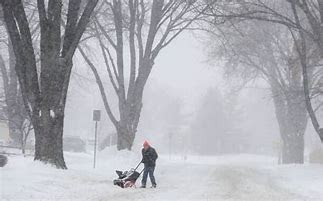 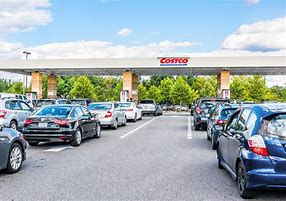 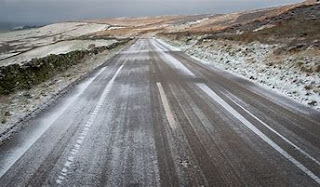 This is called a dusting. Something that happened here last week. We really did not get as much as in this picture on the roads, only a dusting on the grassy parts. Why? Because the day before the snow came we hit a record 79 degrees. Yet schools were closed as a few flurries were flying in the breeze. People rushed to their hardware stores for snow shovels. All one needs is a broom to sweep it away. Or a bag of salt to melt the ice if there is any. 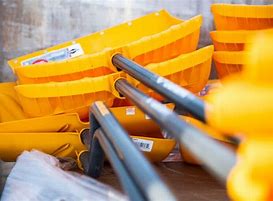 My prediction (even though I do not have a degree in meteorology) we will NOT see snow tonight or tomorrow, or if we do it will barely cover the grass. I am publishing this blog on a Saturday afternoon, January 15th. The snow drama is building to a crescendo. Our Alexa keeps beeping a notification of being in a Winter Advisory starting tonight at 9 PM. The rain has made it in, temps are to drop fast at 8 tonight and the rain is to turn to snow with an 80% chance heading into Monday. If I need to take off my meteorologist badge because I am so wrong in my forecast then I will put an addendum on this blog. So, be sure to check back just to see if we really had snow or was it the drama of it all. 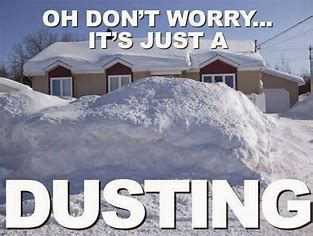 As promised, if we did actually get some snow my words I wrote was that I would attach an addendum. Well, after all of the "hoopla and drama" about this winter snow warning and everyone rushing to the grocery to get food that they can't live without, we actually did get some snow. I guess I will have to hand in my meteorologist badge (but just barely). Why? Here is a picture of the snow we received at our house: 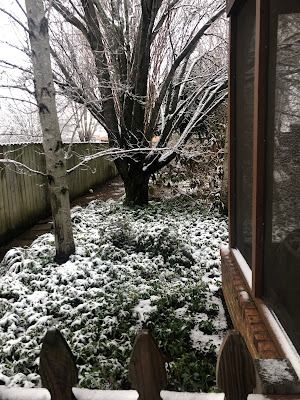 In my dreams I was enjoying a quiet and peaceful scene looking out of the window at the winter wonderland with my coffee. It does not look like a winter wonderland with grass blades sticking up through the snow. By gosh, if it is going to snow - then snow!
In all honesty, I only stepped outside of our patio to get the picture. The front yard looked like this also. However, my scientific husband took the ruler out to the swimming pool table and chairs set and measured 2 inches, explaining that is the true amount because the ground and roads were wet and the snow melted before it accumulated!  SMH😜Drama?