Full Moons and Such 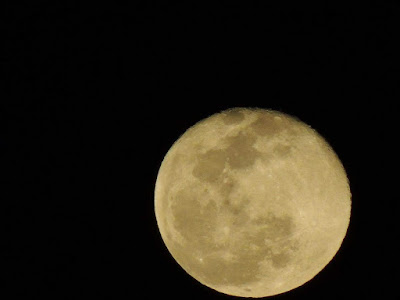 After years of working with children in a school setting, I have always been under the belief that the whole school building went a bit squirrely when there was a full moon. Ask any teacher and I would be willing to bet 99% would agree. The same thing goes for police officers and workers in emergency rooms of hospitals.

The truth is, this simply can't be proven. Scientists have tried in many ways to prove or disprove this theory. The fact is that we all are creating a self-fulfilling prophecy in buying into this notion. The one common denominator is that humans do, as a whole, get a few minutes less sleep on full moon nights. Why? Perhaps because it is brighter or just the fact that we are aware of it.

It may be easier to understand where scientists are coming from when they want to sweep this unproven fact under the rug if we look at some other superstitions that are out there:


Actually, we all need to bust out of our thought processing of good luck vs bad luck. There are way too many variables that are mixed in the pot of luck.
Because one thing happened to us when there was a full moon, a black cat or a ladder, it is now in our sub-conscious that this means bad luck. It is our perception, which becomes our reality.

The full moon was popularized by the myth of the werewolf. The word lunatic, according to scientists has nothing to do with the lunar effect. There is no proven correlation between human behavior and the full moon, only miniscule data at best. Even so, there are some statistics that I found from the scientist, Dr. Karl, stating that 40% of the general public and 80% of health professionals/teachers/ believe the full moon does indeed have an effect on human behavior.

When I was still working in a school, I did my own little study. I must say that on full moon days, for the most part, I had a few more discipline issues to deal with in my office. However, with the help of technology, I was able to easily graph the number of discipline issues on any given day and there were days that were higher than full moon days and there were sometimes full moon days that were much lower than other days. Oh well...it comes back to those variables...
...and the list goes on. Perhaps we should consider that a full moon is both illusive and mysterious, who doesn't like a little mystery in life?