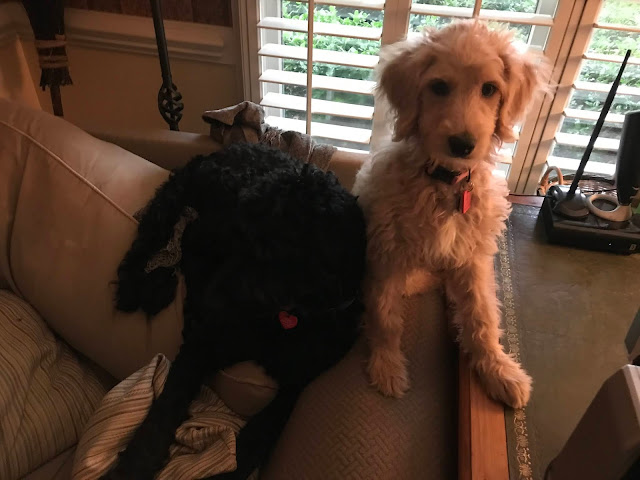 This is Maggie Mae speaking. I am the youngest so I get to go first. Besides, I am the princess in this house. Davis can speak his mind after me.

First of all, we were hardly ever going out due to something called the Coronavirus. When Lola and Smiley did go out they had strange things on their faces. When they did put us in the back of the car in our seat belts, places like the Drive-thru Pharmacy or Bank always gave us a treat. That is a thing of the past now. It seems that you get what you came for and go. Go where? Back home, of course.

Then Lola discovered Keto coffees at Starbucks. Oh yes, that is our favorite place. They give each of us a puppachino! Davis and I love to lick out of the little paper cups filled with heavenly whipped cream. Our humans don't go every single day, but at least once a week. That is up until this white stuff came down everywhere.

There have been days that I have gone outside and this white stuff was coming down from the sky. I tried to catch it on my tongue and found it quite tasty. Then it started to cover our grass. I found it quite cold on my little paws. So Davis and I went into "zoomie" mode. For those of you who do not have dogs, this is where we get a crazed look in our eyes and run up and down and back and forth, hopping, skipping and galloping all around. It keeps us warm and really gets Lola chasing us to go inside. It is quite a fun little game. So much so, that Davis and I take turns pretending that we need to go out when we really just want out to play in the snow. They fall for it each time just because they don't want us to have an 'accident' in the house. Of course we would not ever do that. We are not little puppies any longer. It is just a game to play and they play it quite well. 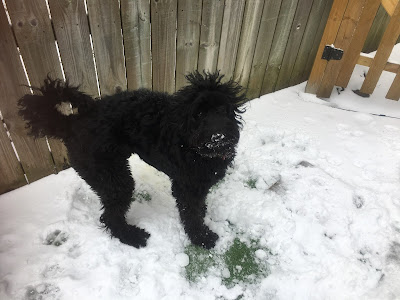 One morning we woke up to another 5 inches of snow so now it was 10 inches of snow on the ground. Smiley had a hard time getting the backdoor opened. Lola tried to sweep away some of the snow around the back door so that it would not freeze shut. Even with the fur on our bodies, I have never felt so cold. I heard Lola say that it was 1 degree. This was rare here is Memphis. Then add the wind and it felt below zero. Our humans have not purchased sweaters for us. Probably because when they do put on bandanas we each try to chew it off of each other. So I guess she is not going to try a sweater for us to stay warm. It is ok because I find my own way to stay warm. 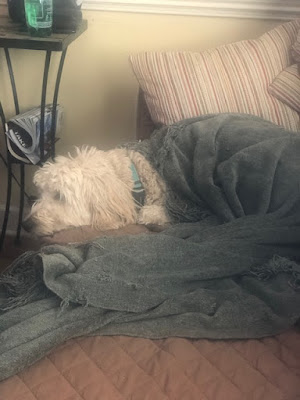 Davis wants to play Mr. Macho Dog, calm, cool and collected. Cold? Not me! I can read him like a book. If Lola or Smiley sit on the sofa, he will be right there next to them trying to steal their warmth. 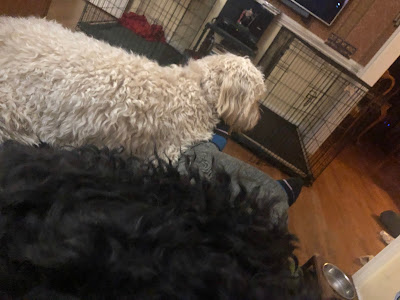 See! There he is on top of Lola's lap with the blanket and I am barely at her feet. When he takes over, he takes as much as he can. 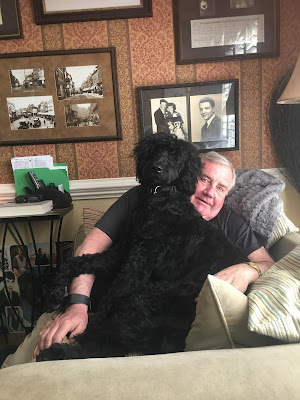 Both Davis and I need to get out of here to romp and play again at Doggie Day Care. We are surely hoping that the sun and warmer temps along with the rain coming in will make it happen sooner rather than later. We miss our friends, both the two legged ones and all of the four legged ones. 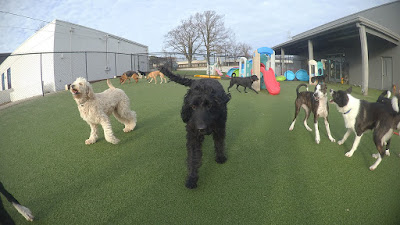 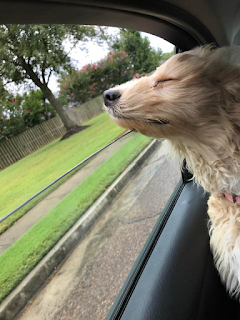 Yes, I am patiently waiting to see the green grass again and to be able to have the windows down and the breeze blowing in my face. What joy!
Well, I suppose it will be just me in this blog talking. Davis has decided to take a nap. You know what they say, "Let sleeping dogs lie." So we shall just leave it at that and maybe he can take over the next blog for Lola.