IT IS A DOG'S LIFE

IT IS A DOG'S LIFE 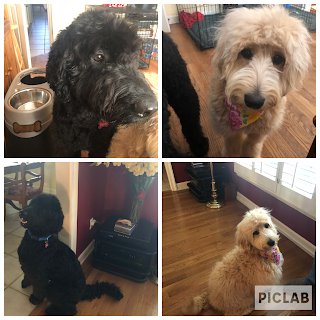 The other day my mind started thinking just how good our dogs' lives are. I am aware that not all dogs have it so good. People that treat a dog badly need to be taken to the pound, for sure! A dog never asked anything at all except for a return for the pure love that they have for you. Our two dogs in the picture above really do have a spoiled and special life and we would not have it any other way. Anyone can look at them and see the love in their eyes. There are times that we can become frustrated with their antics. All it takes is a cuddle from one or both and all is forgotten. 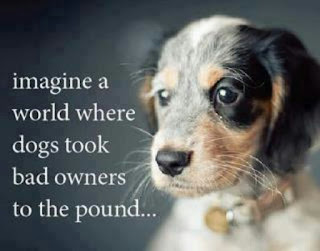 Our dogs go many places with us and know the cues to watch for. If I put on my shoes or grab my handbag, they go and stare at their leashes just hoping that it means a trip out. They are quite aware that they cause a lot of attention which gets them doggie treats at the bank or other drive thru places. Their favorite is the famous puppuccino that Starbucks gives to them. In all fairness, I must brag on them when they are told no that they can't go this time, they immediately go to their crates and get a little mini pumpkin berry treat. No crying or whining, but man oh man, don't look back. Their eyes will do you in.
When we do get back home they are so excited to see us. Out they go before any accidents happen. Oh my goodness to be a dog and get that ecstatic over something that is a common occurrence! Sweet furbabies! They truly are special. 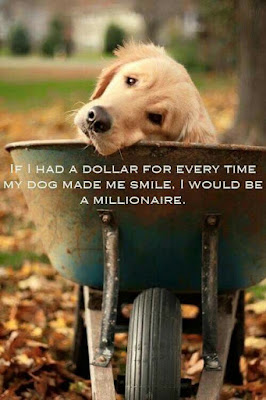 Did you ever notice that when dog's are happy, they smile with their whole face (and body - just watch their tails wagging). 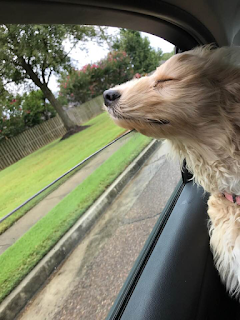 People have been trying to understand dogs ever since the beginning of time. We all can read stories or watch movies where a dog saved the life of someone drowning or lay down his own life for his Master. Some people call this loyalty. I call it love - the deepest kind of love that there is. It is a shame that people all over the world can't have this kind of love in their hearts. 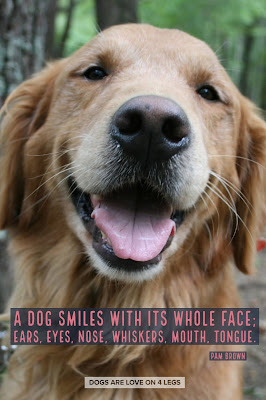 Another story that I read about was a dog named Pickles. 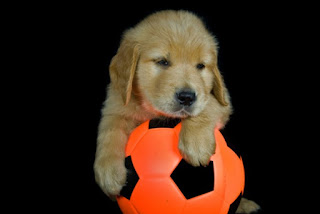 In 1966, the World Cup was being held in England which, to the English, was kind of a big deal. They thought that this year they had a good chance of winning it...and they did. So only imagine how they felt when the World Cup was stolen just four months before the matches started. There was a frenzy to find the cup and to try to avoid the embarrassment. It was actually found by a dog named Pickles, a collie, who was out on a walk with his owner. He sniffed something under the bushes and amazingly it was the World Cup. Pickles became the star. He was even invited to the banquet in his honor and given a bone and a thousand pounds. Hopefully, his owner cashed it and got Pickles some new toys and treats. Pickles went on to star in several TV shows and even in the movies. 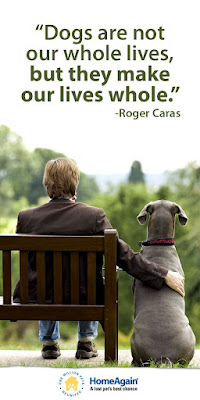 It is true that life is just plain good with a dog in it. I saw this shirt and it is so true. You will never go to the kitchen again alone. Life is good for our furbabies. We have learned what they can safely eat and what they can't. It is also true of going to the loo. One or the other will gently use their nose to peek in to make sure that you are there and are okay. Bless their little hearts. 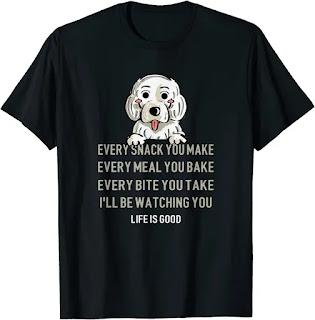 One thing to think long and hard about is what the responsibility is of having a dog means. Not to mention the cost. It is a shame that some people see that cute little puppy and then all of a sudden they believe the cuteness has worn off. 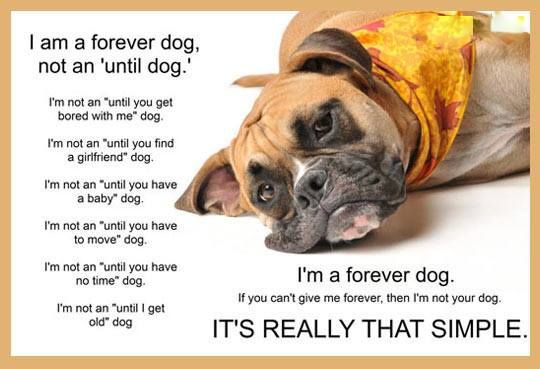 Dogs teach us many things about being a better person that people don't teach. It is a dog's life. 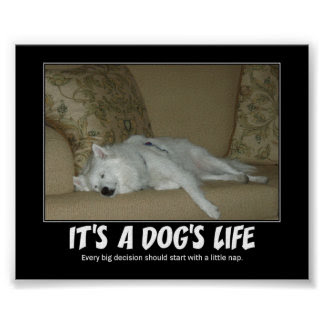