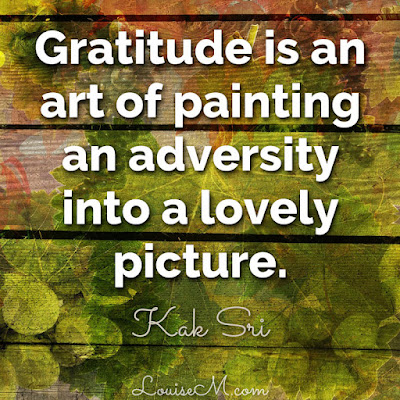 This quote is exactly where I had to take myself when an Ice Storm came through our city and knocked out power to over 145,000 homes. Not snow, but heavy ice hanging onto trunks, limbs, twigs, leaves, gutters, telephone and electrical wires...I think I have given my readers the picture I am painting.
At first, all is ok. We have not experienced living without electricity for any extended period of time. Lucky, I suppose. We survived what is 'fondly' called "Hurricane Elvis" of 2003. Some people in our city lived for weeks with no power. This was in the heat of the summer, no ice and cold; heat and humidity. Pick your poison! Is one worse than the other? Plus this hurricane had 108 mph straight line winds that came through which ranked Memphis as having a category 2 hurricane. Our townhouse at the time was on the same power grid as a large hospital so we had power back very quickly. The winds blew trees down across major roads and power lines. It was dangerous to be out and about, even if you could navigate the destruction that was blocking roadways.
This Ice Storm hit around 9ish on Wednesday morning. Basically, the whole city was close to a shut down. As the day went on 20,000 homes went to 145,000 homes as trees were coming down on power lines. In our neighborhood, we do not have power lines above ground. All are underground, so I just had to assume our "grid" was based somewhere that did affect us.
In my upbeat mode, I figured we would get back power sooner rather than later. NOT! As darkness was coming on, we found ourselves adding another layer of clothing. The gas fireplace was at least some heat, but the only heat that was in the house. Having an open concept home did not help, in that we did not have doors to close off downstairs to hold the heat in the room we were in. 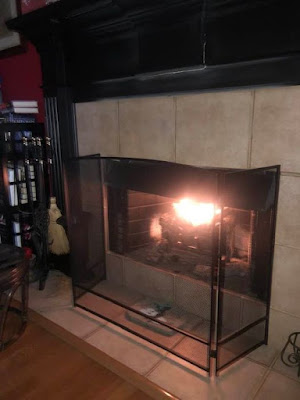 The most we could do was to keep everything upstairs closed off and to close our Master bedroom on the other side of the house closed, as well as our Powder Room and Laundry Room on the other side of the house closed. When we went into the Powder Room there was a huge difference in temperature. Take care of business and get out fast. Then we started thinking about what we would have to eat. Wanting to preserve the cold in the fridge and freezer, that pretty much left us with snacky type foods. First things first! Open the door quickly and get out the wine and olives and just leave them out. Alcohol may help to warm us up. 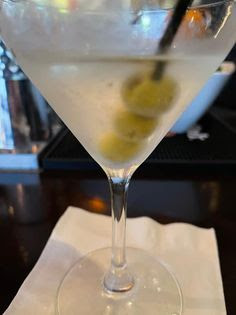 For me? I opted to munch on some Honey Nut Cheerios. Steve chose some cheese pretzels. So we did just light candles and had a quiet evening of conversation. It was rather romantic for a while. 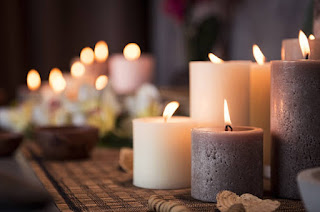 Once we realized we would be sleeping in the Reading Room with the two goldendoodles, not so romantic. 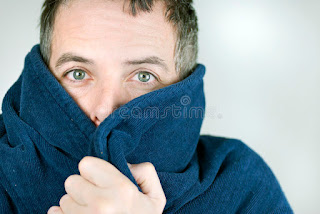 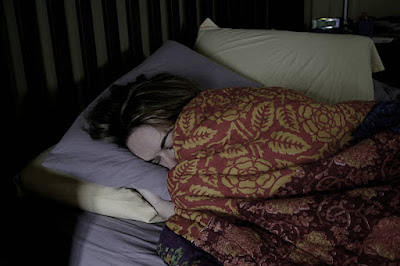 Steve was as comfortable as he could get with feet on an ottoman covered with a blanket right beside the fireplace. With the dogs, the candles had to be blown out and I pulled the blanket over my ears and kept 4 layers on, two of which were wool and had to go with the flashlight to get gloves, hat and a scarf for around my neck. As long as I was on my side both dogs could cuddle in and when they did, they helped with the warmth.
Really, I was hoping that I would wake on Thursday morning and have power. That was not to be. With the temps in single digits and not getting higher than the teens, at this stage I was thinking we would not make it another night to sleep like this. Guess what? My attitude needed readjusting because if that is what we had to do then so be it. I went in to get my heavy duty vest. Surprised it fit over all of the clothes that I was wearing.
With paper and pen in hand, I started to make a list of all the things that I am grateful for. It was not doing anybody any good for me to say, "Bloody Hell" to everything happening around me. So what was I grateful for. Grateful that there is not a tree that has fallen into our house. Plenty of that happening the few times I used my cell for a minute or two of news. Also, trees on top of cars. Ours were safe in the electric garage. If we had to get out we could. But why? Where would we go?
We heard that there were no hotel rooms for miles around the city. They have generators. So they are open. We have two precious pups that need us. Davis tends to pace when he is worried, stopping only for a quick cuddle or a light massage. Maggie Mae just wants to cuddle. So we read our books with our backs to the sunlight coming in the shutters. It was starting to get darker, so our reading would be limited. I asked Steve if he thought about what we could have for dinner. We decided to try a pizza delivery. The roads were not icy. It just meant finding a place that had power on. AHA! Found one! Plus, minutes before, on two separate nights, our sweet neighbors offered to bring some hot take out food to us from a nearby Italian restaurant. 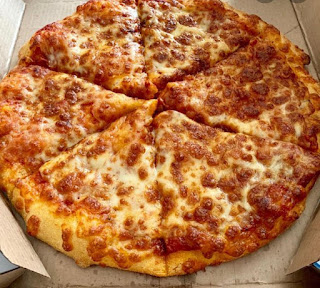 Was I grateful for that pizza?  YES, YES, and YES. But not quite as grateful for when the power came back on. It was on and all four of us froze in our tracks. No one spoke for a moment for fear of jinxing it. Our bedroom thermometer was 41 degrees so we had a while for things to heat up. That was ok with me. We would be in our bed. Warm and comfy.
The next day we had groceries to pick up at 10:00 AM. On our way through the neighborhood we took a few pictures. Only one very large tree down blocking a road partially. Others were down, one even on the little frozen pond. The sun shining down on the ice covered trees was beautiful. Let's remember just how deadly this can be. 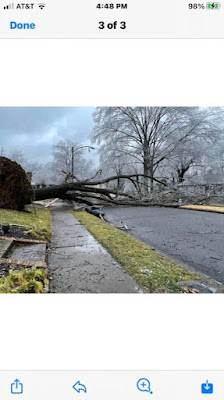 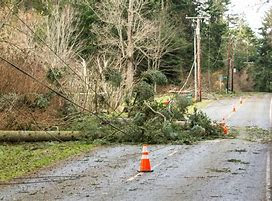 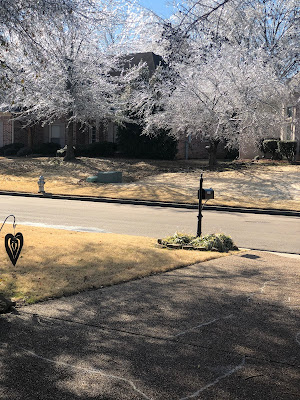 There are things that I realize after just two days of living without electricity. It does not matter how many times I go to the Laundry Room or Powder Room or any room...the lights are not going to come on when I flip the switch. DUH! But I do it. Most people, me included just don't realize some of the luxuries that we take for granted. Climate control is a huge take-away. Always have extra batteries for flashlights. Glow sticks may help some at night. Keep lots of candles handy. There is such a thing as a solar powered cell phone charger. (Looking into that one.)Except for opening the freezer door, we could have grabbed something to put on the grill. Just my thought on that subject. When it is single digits, grilling out sort of takes my appetite away.
When a large number of homes and businesses were without power for two weeks in the heat of the Summer, neighbors came together to help each other out. They grilled, shared food, coolers to keep food safe, lawn chairs, shady porches and hoses to spray at each other. In other words: they came together. That is all a part of the human spirit. 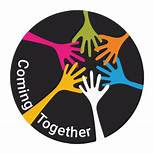