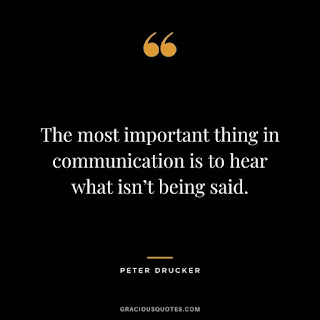 A very good rule of thumb that I have learned is that bad communication ends a lot of good things. Until I read an article about a phrase that I know I use, and I truly am using it innocently, is "actually." The example given was telling a friend that is was "actually a better idea to stop at the local taco spot" than to walk five extra blocks for pizza. Phrases like these just pop out of my mouth. Never had I thought to question this until reading the article in Purewow. 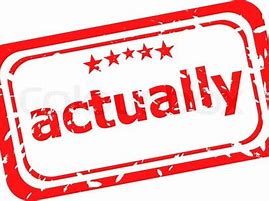 Actually can indeed put a negative spin on any positive statement and comes off as sounding judgmental. Most definitely it is a passive-aggressive tone instead of straightforward. While writing in my novel, I am trying to look it over and stay away from using actually too much.

Thinking back to when I was working full time, I am trying to remember if I overused this word. The phrase, "That's actually a good idea, or you are actually right." It tends to come off as a backhanded compliment. It is kind of a sneaky and sly word; sort of a secret criticism. I really am being honest in saying I don't believe that I was trying to throw a barb at anyone, however, I will think twice before using this word. To use this word in that context is wasted space. Doesn't it sound better to say, "That's a really good idea."

While we are on the subject of communication, another word that I learned from my husband is to avoid the word, "but." His saying is that anything that is said before you throw in the word "but" is bullshit. Here is an example in a quote from a very ultra thin model (which is just the way the industry is) made the statement, "I've always thought Marilyn Monroe looked fabulous, BUT I'd kill myself if I was that fat." This quote was considered by the media to be a really dumb thing to say. I hope that point is well taken as a great example of a backhanded compliment.

Of course, Marilyn Monroe could not come back at that remark. I can give you an example of someone who did. In the early 1990's, a famous columnist on fashion made the statement that Aretha Franklin must know she is too bosomy to wear such clothing, BUT she just doesn't care what we think, and that attitude is what separates mere stars from true divas." This was not taken lightly and not accepted well by Ms. Franklin.

The Queen of Soul replied, "How dare you be so presumptuous to know my attitudes with respect to anything other than music. Obviously I have enough of what it takes to wear a bustier and I haven't had any complaints. I'm sure if you could you would. When you get to be a noted and respected fashion editor please let us all know." Then, as a postscript she added, " You are hardly in any position to determine what separates stars from divas since you are neither one or an authority on either.

Portia de Rossi took a great stance on handling backhanded compliments. Smile and pretend that you are receiving a genuine compliment all the while ignoring their attempt to be insulting. After all, it is the way an insult is received that makes it an insult. You can't really give offense unless someone takes it. This is great advice for someone young or old who may be having trouble with bullies. It works!

Think simply as a husband telling his wife that she looks lovely today. If my sweet husband tells me that, I take it as a huge compliment. Not thinking to myself that on other days, I must look like crap. 😀 Am I being naive? I don't think so. There are days that I did not sleep well and I don't always put my all into looking my best. He never says a word to that, in fact, it is almost everyday that I am complimented on how I look to him.

Then again, if I in turn say to Steve, "I love it when you shave or thanks for cleaning the kitchen." He knows that I am not saying it in an ugly way that he looks like a slob when he does not shave nor that he never helps in the kitchen. Neither one of us have ever had partners who work with us as a team. If something needs done, then we take care of it. To give a thank you is a nice way of saying that, "You are very much appreciated." 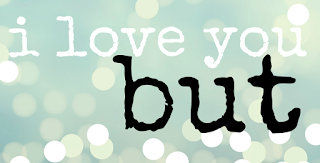