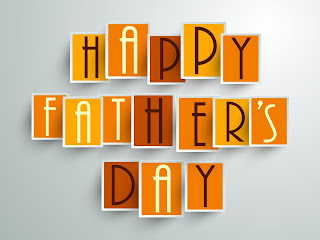 Father's Day means many things to different people based on what their experiences are. Up until I was around 5 or 6 years of age is my only experience of having a Dad. My parents divorced at this time in my life. And I never saw him again. We moved in with my grandparents. Luckily, I had a grandfather who was my world. I still remember my Mom saying for me to be careful of what I asked for from him because if I asked the the moon, he would find a way to get it for me. Looking back, I can now understand what she meant. I was careful and knew my limitations. We were not wealthy, although not hurting for money either. He was a DIY kind of man and if I wanted stilts, he made them. When my brother wanted a skateboard, he made one. There was nothing he could not make for us and it was always special. No one else had one like ours.
My own marriage also ended in divorce. The children were older but it still hurt them, probably more than a younger child like my brother and myself. That is hard to say. As the years went by, we all survived. Such is life.
Then came the time that I met someone else and somehow from the very beginning I knew it was meant to be. Never had I felt like this before. It took a little time for my kids to warm up to the idea of a new man in my life and for his children, a new woman in his life. We never pushed and just let things happen as they happened. Neither one of us wanted to be a Mom or Dad to each others' children. Just be there for them if they needed us. We went with the love and married. 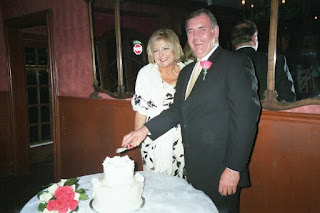 One thing for sure was that all four of our kiddos got along famously. 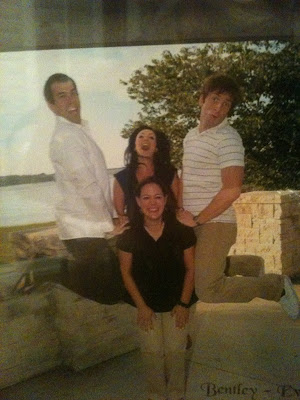 Let's move forward through some very happy years. Now was the time that our daughter was getting married. (all of us do not like the term step mother or father or son or daughter) We are introduced as Mom or Dad. And to help some people along we will say this was my biological daughter who lived here and was planning a wedding. She had no one to walk her down the aisle. Steve suggested her Uncle or her brother or even both brothers. She wanted him. To the point that she came over and proposed on her knee to him, "Will you walk me down the aisle?" She had balloons and a diamond wine stopper as a gift. 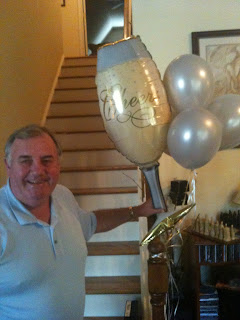 How could he refuse? 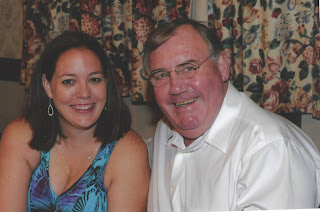 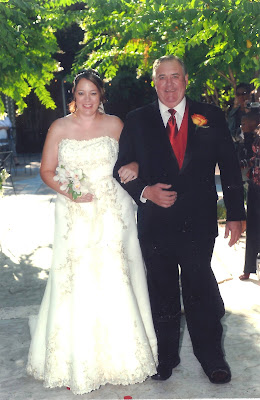 It was a beautiful wedding at a historic mansion and luckily the heat gave way for a gorgeous day. 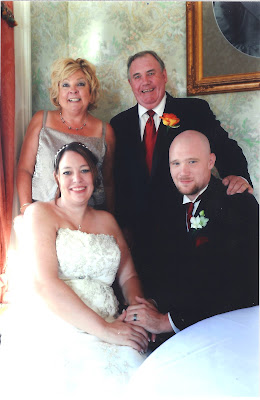 That was wedding number one. The next wedding was in New Orleans and it was my biological son. And what a wedding it was. Even ended in a Second Line parade down Canal Street. It was spectacular. 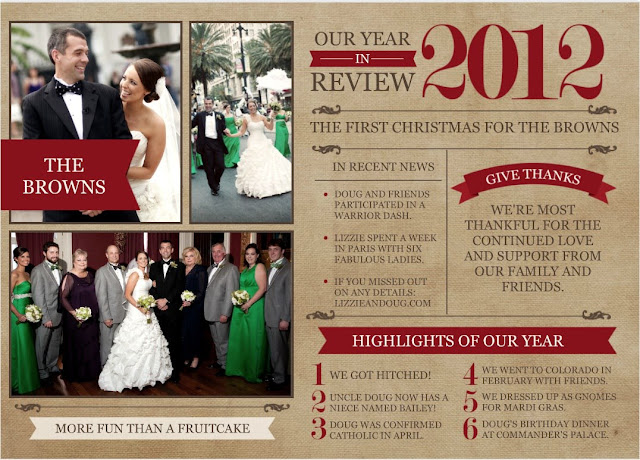 As you can see, "Our children are most definitely Our children." He is an amazing Dad and a wonderful role model. I love him dearly! And both married children have kids of their own. Happy Father's Day to Craig and Doug also! 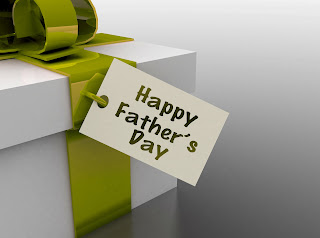 To Fathers everywhere enjoy this special day!
Posted by djmilestones.com at 3:15:00 PM