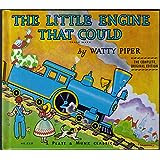 After receiving many messages about just how hard it is to write a book, yet even harder to get it published, I decided that my mantra for the day would be about thinking of failures as weeds removed from the garden of possibilities.  (I tend to need visuals)  This little mantra was in a small little Spotlight book titled Success.  No one was credited for saying it but it made me consider my optimistic attitude toward what I believe in as far as my writing and life in general.

There are facts that I know, some of which I am sure that I heard or read somewhere in my life, that are so very true:  such as if you have not failed then you have never tried new things, or that failure can be a good thing as long as it does not become a habit, and one of my favorites is that failure is only a bruise, not a tattoo.

All of this leads me to a few of the famous successful people who did not give up because failure inspires winners.  Let me remind you (as well as myself) of a few:


And on this note, Michael Jordan admitted that he went home, locked himself in his room and cried. My point being is that it is ok to have a moment to take in the failure that faces you.  There will always be people who will tell you that you can't.  YOU must look them in the eyes and say, "Watch me!"  And then come out swinging and pulling those weeds to make room for your own garden of possibilities.