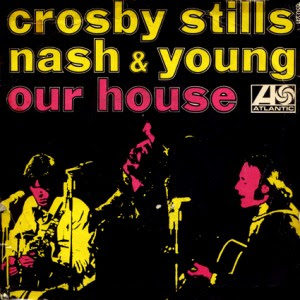 Monday's blog was on love, just in time for Valentine's Day.  It did come strictly from my heart and what experience has taught me and sharing that with Steve.  It was not an overwhelming surprise that he had some of the same thoughts that I did.  Some people most definitely belong together and they know it when they find each other and can willingly communicate well with each other.

We both want to help make life easier for one another and trust me on this one:  it will always be the small things that make such an awesome difference in each other's lives.  One of our favorite times of the whole day is when we get to sit down together after work, while dinner is cooking or we are working on dinner together and sharing our day and our thoughts.  This usually involves some very good music playing in the background and a glass of wine.  We almost always cook with wine and sometimes it goes into the recipe..

Last night, just as Steve was about to sit down so that we could share our day, the song by Crosby, Stills, Nash and Young randomly came on Pandora.  It was, "Our House."  We both just stopped and listened. It brought back such wonderful memories of seeing them perform twice in recent years! And if that wasn't enough, going to Graham Nash's book signing and having a short, yet entertaining conversation with him.

We both read the book that Nash had chronicled as his life up to that point.  After reading about how he became Graham Nash as we know of him, we realized that "Our House" was written for Joni Mitchell.  He left the UK for Los Angeles with nothing but his guitar and the clothes on his back.  He met Joni Mitchell, who had invited him over to her cottage and at that time in her life, it was a little cottage, nothing posh.  Nash took her up on the deal and that night he also met two other friends of hers, Stills and Crosby.  They got out their guitars and started singing and playing.  Nash was amazed at their harmony and asked if they could sing it once more and let him join in.  And so a band was born. Their voices blended so well together. There most definitely was a lot of ups and downs with this group.  We all would have lost out on some remarkable music if they had not worked so hard at staying together.

When the song was over on Pandora, Steve paused the music to tell me how the stars apparently were all lined up just for him to share a story with me.  Yesterday afternoon, he was outside with Davis, our new little puppy, just letting him romp and roam like puppies need to do and he was leaning up against the fence looking over the side of our house.  For some reason, his mind started thinking of the builders who constructed our house.  Did they ever think about the love and joy that their skills may be bringing to people?

While outside at this time is when the song, "Our House" came to his mind and how those lyrics fit our house in almost the same way.  On some of our chilly nights, he does light the fire and I always have flowers, many from our very own garden or a bouquet of roses that he gives to me so that I can place in vases that I pick up from here or there.  We both feel that everything is easier because we are a team.  Our house did not start off as our house.  We worked as a team to put it all together.  Friends from the UK came over to see the house before we had even begun the process and instantly gave us such constructive ideas. It became clear, that one idea led to another, that led to another and we most definitely now feel that it is our house.

You must understand that most houses in the UK are no where near the size of our house, and our house is by no means larger than the typical suburban neighborhood house. Downton Abby it is not. So when our friends came in via the entry hall, which lead to a very large room that was designed and built to be the living room and then looked to their left and saw this very much smaller room which had the chandelier for the dining room, they said that it was all wrong.  The big room needed the chandelier so that it could become the banquet hall like in the English castles.  I never quite saw it that way.  Then the smaller room could be turned into a study or library.

Brilliant!  All of the dining room furniture would fit much better and it simply involved moving the ceiling lighting fixtures.  WOW!  We already had a 'keeping room' as the builder's plans called it. Basically a sitting room with the fireplace in it and lots of books with a surround sound music system for our music.  (no TV for this special room) As for that other small room?  It did become a study.

Steve and I both believe that our house is a very, very fine house.  We may never have two cats in the yard.  (maybe one dog and one cat?)  What I do know is that our house is full of harmony, love, adventures, coziness, contentment, joy and laughter.