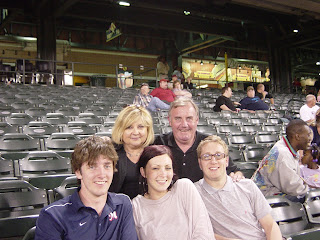 Have you ever been at an event such as a ball game, a concert, a play or some other event that gives you tickets with assigned rows/seats?  Let's say a family or friend group of 6 or so people come in to the arena or stadium or theater each holding their ticket.  They are led to the right row and then the fun begins.
They each have a seat number on their ticket.  Now mind you, they are all together but glory be......they all seem to be dead set to only sit in the seat that is on their ticket stub, as if the seat police will come and haul them away if they dare be a rebel and sit in another seat.  As an observer, I can sit back and become amused at this human behavior as long as the show or game has not already started yet.  However, when the event has started, I just want to yell out, "Please take a seat!"  Honestly, it does not matter if your group of 6 is holding 6 tickets from 20 - 26, then just sit in one of those seats.  It is not rocket science.
On Sunday afternoon at a Symphony concert, my husband and I become very amused watching the comedy taking place concerning seats.  I suppose that was just a little bonus thrown in before the real show started.
Actually, I have even witnessed this happen with two people.  Two friends (I am guessing, because they arrived together and walked in together laughing and chatting).  They arrive at the seats on the tickets in their hands and then discuss having to switch over so that they are in the seat listed on their specific ticket.  Really?

Now let's visit once the event has ended.  In a row of seats, you must file out in single file order for the most part due to the space.  But wait!  Some sweet little lady stops to talk to another sweet little lady friend that she has not seen for a while that was sitting three or so spots down from her and now no one is going anywhere as she starts asking about this lady's grandchildren and husband or the recipe that she tried that night for dinner.  This is when I am ready to start singing, "Ease on down the road!"  Or if they came to a dead stop in front of the exit door to put on their jacket.  Hundreds of people are behind them.  Could they use a little common sense to move it on over?

Voltaire most definitely had it right way back in 1764 when he said, "Common sense is not so common."  So the best way in my book to deal with most of life's absurdities is to be attracted to it and enthusiastically engage with positive possibilities in order to let all that could agitate you go out the window.  Some of that came from my horoscope words for the day.  Just people watch without judging...........it is free comedy relief. 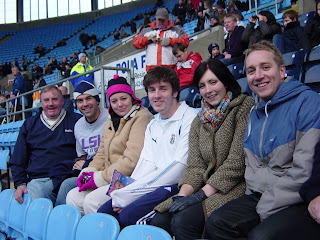