The Dangers of Dating in Your 40's 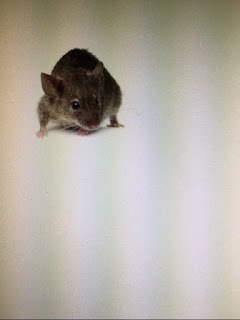 Once a person has been married for 20 years or so, recovers and starts a new life and then somehow finds themselves in the world of dating all over again, it can be terrifying.  I will never forget one of my very first dates that went very wrong.
He seemed to be a gentleman, a great conversationalist and he asked me out to a local university basketball game.
At the time, I was living in a home that I had purchased with my Mom and my daughter had moved in, as she had just graduated from college.  Three females, three generations, all dating is an equation for adventure.  Men had to be bold, confident and strong to walk into a situation such as ours.

The evening went well, in that he picked me up, and we on to the game; just munching on some of the typical sports venue food and drinks before coming back home for him to drop me off.  We shared lots of things in common it seemed and there was never a dead silence between us.  It just seemed to click.  UNTIL:

As he pulled in the driveway, my daughter came running out of the house screaming that, "He was messing with our minds."  I am not sure that my date understood her screaming, I did.  And I thought that it was best that I went in alone to find out what the problem was.  I said my goodbyes and thank yous.  (Good thing, because I never heard nor saw him again.  I can only imagine what he was thinking when I said that I should go in and take care of my daughter!)

My daughter and I were walking up to the house and slowly the pieces to the puzzle were coming together.My daughter and Mother were in the family room watching TV when a mouse kept running across the from the sofa through the front of the unlit gas fireplace to the TV. My mother was on top of the kitchen island overlooking the family room, making no sense at all with what she was babbling on and on about the mouse when I walked in.

Let me also go back to tell you that we bought this newly built home in a cove so there were only 3 other homes so far that had been built.The rest of the cove was open fields. So as the temperatures dropped, little critters were trying to find warm places to live.  This one just so happened to find our home.  Normally, I would be up on top of the island with my Mother and daughter now, but something told me someone had to do something, even though this was not my usual character when a mouse was involved.

I had suspected a mouse in the house so the weekend before I had gone to Lowe's and purchased glue traps for mice.  Never ever would I have been able to set a real trap.  And, just to be on the safe side, I bought 25 traps.  In fact, I bought everyone they had in stock.  The clerk stood with his mouth opened and finally asked if I had a big mouse problem.  I told him that I was just making sure that I never had a big mouse problem.

So, my creative mind went into action.  I asked where they thought the mouse was right now.  Both agreed that he was under the sofa.  OK then.... I walked out to the garage and grabbed the bag from Lowes with all of the glue traps inside.  I opened each one.  I placed glue traps all around the sofa. The back was against the wall so I only had to go along both sides and the front of the sofa.  I did this while sitting on my knees on the sofa.  I grabbed one of the fireplace tools and started to bang on the sofa from one end to the other and of course yelling at the mouse to come out and play.  "Come out. come out, wherever you are!"

I tried to find some humor, however the two standing on the kitchen island were not buying into humor.  In fact, my Mother picked up the kitchen wall phone and with shaky hands, she was trying to get numbers dialed.  I asked her what she was doing and she proceeded to tell me that she was calling 911.  OMG!  Now we were going to be arrested and fined for calling 911 for non-emergency calling. I managed to get my daughter to get the phone from her hand, which was not an easy task.  I also had her unplug the headset from the phone so there could be no connecting to an outside line.

Back to banging on the sofa and abracadabra it worked.  That little mouse came charging out and got stuck on one of the traps.  The two on the kitchen island were clapping and so happy, as if it were all over.  I stopped them and said now what are we going to do.  And I emphasized, "WE."  The mouse was positively squeaking very loudly at this stage.  To this day, I can hear that sound.  It was horrible. Truly, I am not a bad person, it is just that I wanted this uninvited guest out of our home.  Now that he was on the sticky glue trap, I knew that he was a goner.

Again my creative mind had to go to work in order to handle this problem.  I told my daughter to go out to the garage and to bring in the longest handled shovel that she could find and a large trash and leaf bag.  She did so quickly and tried to hand them off to me.  Quickly, I told her that I could not hold the bag open and get the mouse scooped up and tossed in the bag.  She was going to have to do one or the other and she could have her pick.  She chose to hold the bag open because she could put it way out in front of her and close her eyes.  She figured that if she had to scoop up the trap with the mouse on it that her eyes would have to remain open.

Somehow we did it.  I am not quite sure how.  She gave me the bag and I tied it up tight with the plastic handles on it and walked outside to the trash bin on the side of the house.  I had to take a moment to breathe in and out.  By the time that I returned inside, my Mother had come down from the kitchen island and had a bottle of wine that she was opening to celebrate the night that "WE" killed a mouse in our house.

Really, I do not harm animals.  Normally!  This was not a normal situation.  And I am not proud of the fact that I had to do it this time.  I am not an activist for even hunting.  There were a few more incidents of a mouse coming in and the mouse tales, such as this one will be in my first novel that I am working on about the life of three adult single females, three generations; all living under one roof and surviving. And oh yes, what really took place at our home involved much more than just mouse tales.  I just can hardly wait to finish it and have it published.
.
Posted by djmilestones.com at 1:28:00 PM